Center on the Study of Educators

Every year, far too many students across the country begin school without a permanent teacher in place in their classroom. These teacher vacancies arise for many reasons – schools do not complete their hiring on time, teachers resign late in the summer, and new positions arise at the last minute. Regardless of the reason, vacancies and late hiring hurt students. Students whose teachers are hired after the start of the school year learn less than those whose teachers are hired earlier.

In the Providence Public School District (PPSD), roughly 5 percent of all teaching positions (about 100 a year) have historically remained unfilled by the start of school. As part of the state takeover, the district took aim at this challenge, moving up the hiring timeline, mounting a recruitment campaign, and making it a key priority to fill as many open teacher positions as possible.

As part of our ongoing research-practice partnership with PPSD and the Rhode Island Department of Education (RIDE), the Center for the Study of Educators at the Annenberg Institute has been exploring teacher staffing in the state. We have combined rich datasets from several sources to better understand these processes. This is the first in a series of briefs describing the teacher workforce in Providence.

We document six key lessons from this effort: 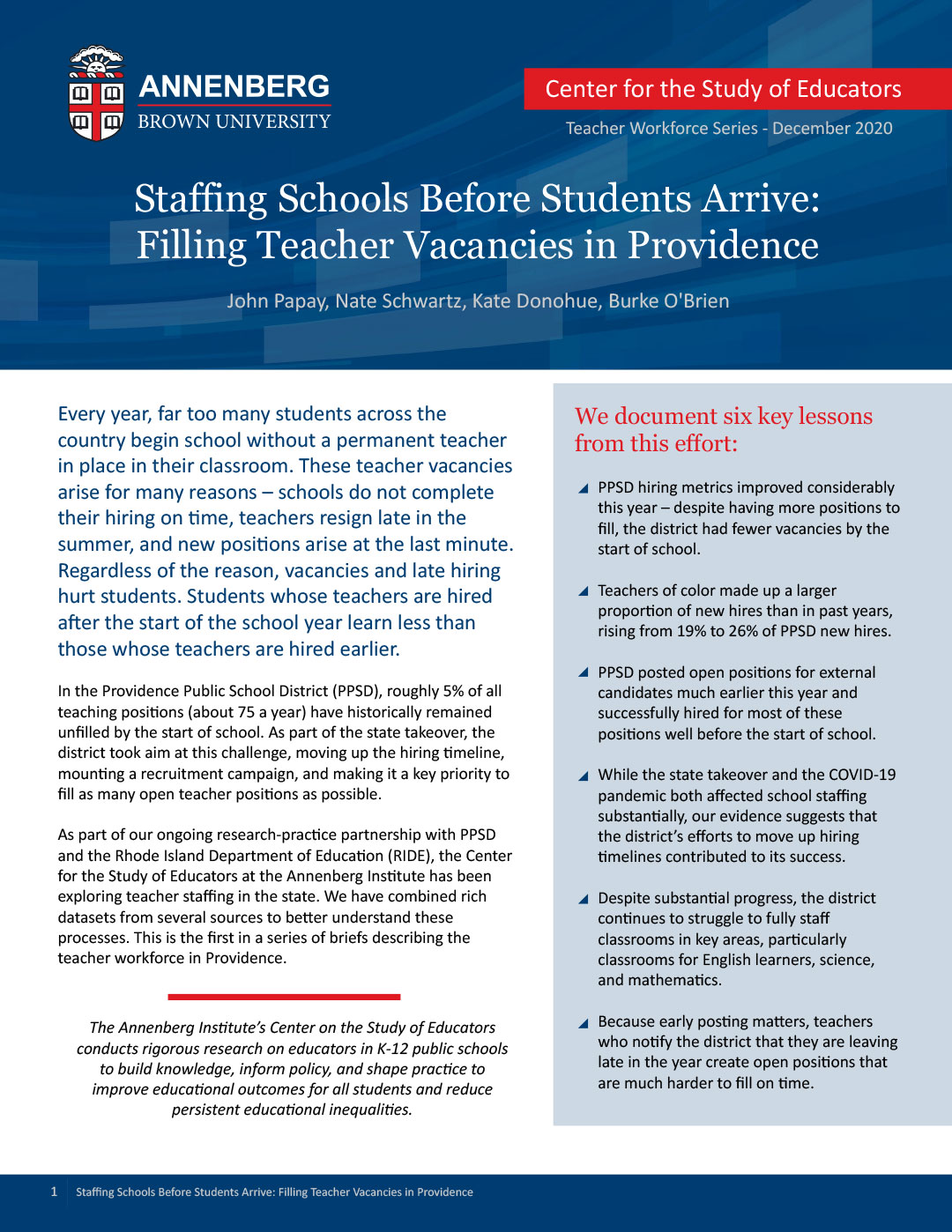